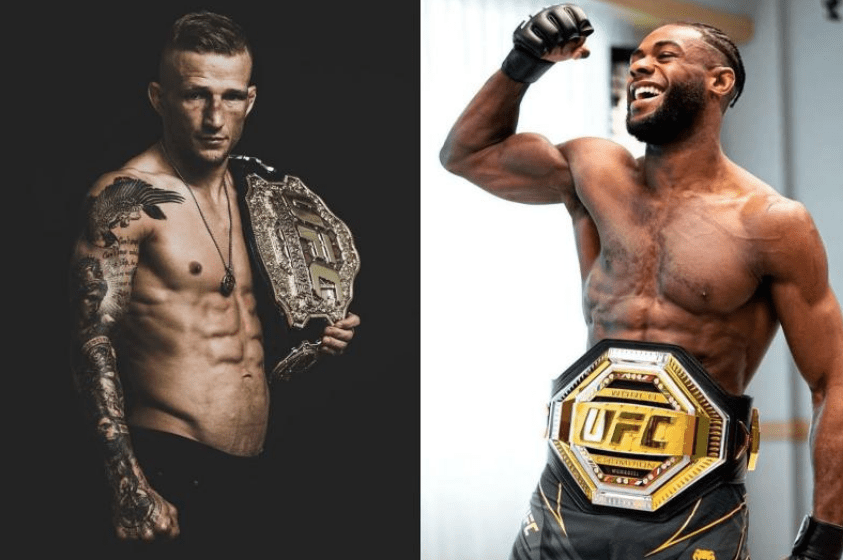 UFC 279 odds for Aljamain Sterling are favoring the champ -205 against former bantamweight champion T.J. Dillashaw as a +175 underdog.This will technically be Sterling’s second title defense of the 135-pound strap.Can Dillashaw become champion again at 36 after a long layoff,?we find out!

UFC 279 is set for September 10th and is set to feature Aljamain Sterling vs. T.J. Dillashaw for the bantamweight title. Sterling defeated Petr Yan twice, once by Yan throwing an illegal knee and the rematch saw Sterling craft an excellent gameplan to secure his legitimacy as the 135-pound champion. Dillashaw has only fought once since 2019, picking up a split decision win over Corey Sandhangen in 2021.

As per at BetMGM Sportsbook, Aljamain Sterling has an implied win probability of 67.2% with a $205 wager put down on the champ netting $100 profit. When these odds initially opened Sterling was an even bigger favorite, with some early public betting money going on Dillashaw, thus shortening this betting line.

For Dillashaw, the odds are certainly against him due to a length layoff from a doping ban. At 36 years of age, “Killashaw” still has the skills to defeat Sterling and is a solid underdog pick for UFC 279. Bet $100 on Dillashaw to win $175 here.

Betting on Sterling vs Dillashaw

UFC 279 will mark the first time the “Funkmaster” Sterling is the betting favorite since he fought Corey Sandhagen. The oddsmakers had Sterling as a 3/1 underdog on average in both of his fights against Petr Yan. In the first fight against Yan, Sterling exhausted himself early and was losing the fight up until Yan threw an illegal knee and lost the fight.

In the rematch, we saw Sterling apply next level scrambling, grappling and unorthodox striking to continuously stop Yan from getting into his rhythm. The fight wasn’t a complete domination by Sterling, but he managed to hand Yan his first legitimate loss in the UFC.

It’s the sheer athletic ability of Sterling combined with a tactics he used in the Yan rematch that has online sportsbooks across the globe favor the New Yorker. Speaking of which if you are betting on UFC 279 from NY, check out our list of New York sports betting apps to lock in an exclusive betting promo before the fight.

After T.J. Dillashaw’s debut at Flyweight went terribly wrong, by losing in the first round to Henry Cejudo and later testing positive for banned substance EPO (Erythropoietin). Dillasawh was banned from the sport and sat on the sidelines for two years.

His return to the UFC in 2021, meant a return against a worthy opponent Corey Sandhagen at bantamweight. Dillashaw’s odds against Sandhagen we’re similar to Sterling, opening as a +136 and closing as a +180 underdog. The pair fought a technical fight, that was razor thin on the judges scorecards, with Dillashaw narrowly picking up the victory.

While UFC 279 is expected to take place on Sept. 10, the UFC has not solidified a location for the event, although the card is not expected to happen in Las Vegas. Another high-profile title fight is expected to be added to the card, in what should be another exciting PPV event to top of the summer.