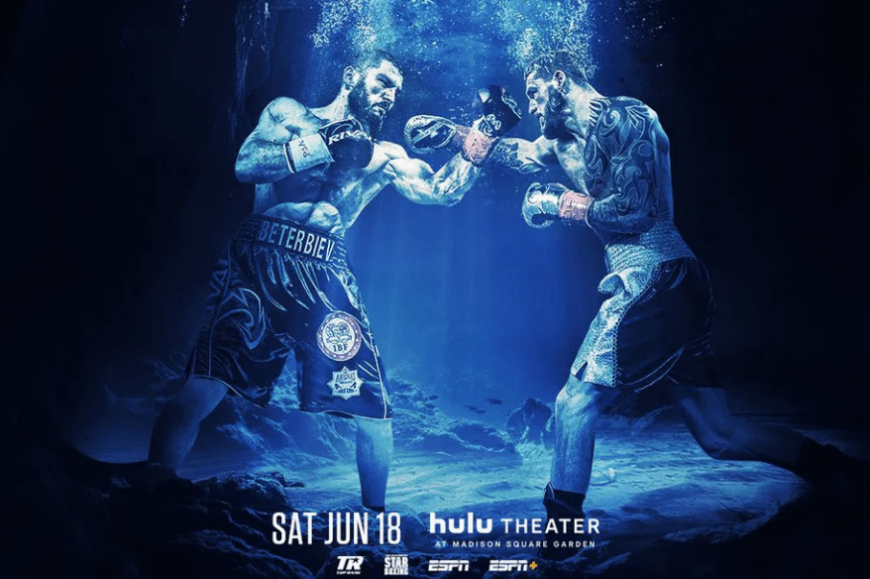 Boxing odds are favoring Artur Beterbiev -1100 against Joe Smith Jr as a +600 underdog.Joe Smith Jr is coming off a win over Steve Geffrard in January and is on a four-fight winning streak.Beterbiev has fastly become one of the most talented and exciting boxers right now, he has an undefeated record of 17-0, all by way of KO.

Another huge boxing unification bout is set for June 18th in the light heavyweight division. Artur Beterbiev who holds the WBC & IBF titles will take on WBO title holder Joe Smith Jr. The fight is scheduled for Madison Square Garden in New York at the Hulu Theatre. We review the opening odds for Beterbiev vs Smith that’s expected to be

After 17 straight consecutive KO wins Artur Beterbiev opens as a solid betting favorite -1100 to hand Joe Smith Jr his first loss since he fell short of defeating Dmitry Bivol back in 2019. Beterbiev is the second-best light heavyweight boxer right now and has an implied win probability of 91.67%.

With such a slim chance here according to the odds, Joe Smith Jr might be overlooked by some boxing online sportsbooks, right now you can find him as short as +600 on BetMGM Sportsbook. Meaning a $100 bet could net $600 on the likelihood of an upset here.

Betting on Beterbiev vs Smith

Beterbiev’s last win was over Marcus Browne, “King Artur” has similar odds -1100 of defeating Browne as he does against Smith Jr. This was Browne’s second professional loss, after losing to Jean Pascal in 2019.

The shortest odds we’ve seen historically for Beterbiev was against Oleksandr Gvozdyk. Beterbiev opened as a slight underdog +100 and closed around -105. It was a real pick em’ fight and Beterbiev put “The Nail” in the coffin so to speak by stopping the Ukrainian in the 10th round and sending Gvozdyk in retirement.

For Smith, it’s not the first time he’s been snuffed by the oddsmakers. He was a +133 underdog to Eleider Álvarez in 2020, a fight Smith won by KO. Smith has the ability to hand with the elite at light heavyweight and has the skills to outbox his opponents with underrated finishing power too.

He remains the only world champion with a 100% KO rate 🤯 pic.twitter.com/6mGHtrBAxg

Smith Jr is known as the “Beast from the East” has four straight wins, prior to that WBA champion Dmitry Bivol went to a decision with Smith. Bivol is now the #1 ranked light heavyweight and recently outboxed Canelo Alvarez to hand him is second pro-loss. The only other fighter to defeat Canelo was Floyd Mayweather.

Betting on Beterbiev to not only win but KO Joe Smith Jr is the best bet for June 18th. While Smith has never been stopped in the ring, you can’t overlook Beterbiev’s 100% KO rate thus far.

This three-belt light heavyweight unification clash would certainly project Beterbiev into the top ten pound-for-pound rankings if he wins.

As the light heavyweight division heats up, there are many fights to be made. One in particular that it inevitably will be Beterbiev vs Bivol. Elsewhere in the division, the WBO Inter-Continental champion Anthony Yarde has had his name thrown in the hat.

Yarde’s promoter Frank Warren has set a timeline of October for his fighter to challenge the winner of the Beterbiev vs. Smith fight, DeGuardia said that’s “premature.”

“Firstly, I don’t want to look past Beterbiev. This is a real challenge, and we’re focused on Beterbiev,” said Joe Smith Jr’s promoter Joe DeGuardia to iFL TV when told that promoter Frank Warren has booked a venue in London on October 22nd for the winner of Beterbiev and Joe Smith Jr. to fight Anthony Yarde. He’s been in talks with Top Rank about that.

Meanwhile, Joe DeGuardia who’s Joe Smith Jr’s promoter says the WBO hasn’t designated that the Beterbiev-Smith winner must fight Yarde. For DeGuardia he would rather Smith get a rematch to avenge his loss to Bivol or Beterbiev if he loses come June 18th.

If you are betting on this fight from New York, you can secure an exclusive sign-up bonus via our BetMGM NY promo code. For more boxing odds, news, and picks stay tuned to BettingInsiderJournal.com.