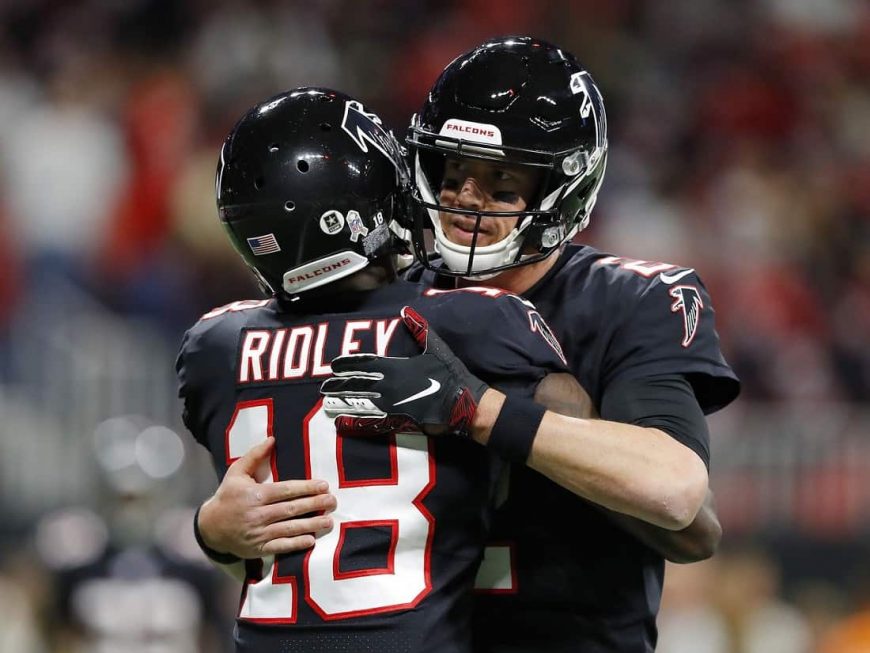 For more than three decades, no NFL player had been disciplined for gambling on the sport.

NFL Commissioner Roger Goodell suspended Ridley at least through the end of the 2022 season, the NFL announced. “The activity took place during a five-day period in late November 2021 while Ridley was not with the team and was away from the club’s facility on the non-football illness list,” the NFL said in a press release.

Ridley spent time away from the Falcons starting in early November to address his mental health.

The NFL, in its statement, said that Ridley admitted the betting and that it found no evidence of the use of inside information. It determined that Ridley’s betting did not compromise any game. Further, the league said it did not appear that Ridley’s Falcons teammates, his coaches or the team’s staff were aware of his wagering.

A handful of messages appeared on Ridley’s Twitter page on March 7 that seemed to address the issue.

“I couldn’t even watch football at that point.”

“Just gone (sic) be more healthy when I come back.”

During his four years with Atlanta, Ridley had 248 catches for 3,342 yards and 28 touchdowns. Playing in only five games in 2021, his production dropped to 31 receptions for 281 yards and just two TDs. Ridley is eligible to appeal the suspension and can apply for reinstatement in February 2023.

The Falcons said, “We were first made aware of the league’s investigation on Feb. 9. We have cooperated fully with the investigation since receiving notice and support the league’s findings and actions. We are moving forward in the 2022 season with the decision that was made.”

In a letter to Ridley, the NFL said, “There is nothing more fundamental to the NFL’s success — and to the reputation of everyone associated with our league — than upholding the integrity of the game. This is the responsibility of every player, coach, owner, game official, and anyone else employed in the league. Your actions put the integrity of the game at risk, threatened to damage public confidence in professional football, and potentially undermined the reputations of your fellow players throughout the NFL.”

Game Integrity Makes Player Betting A Big No No

Since the widespread legalization of sports betting, the NFL and numerous NFL teams as well as other pro sports leagues and teams have engaged in a host of partnerships with gambling operators.

Prior to Ridley, the most recent player the NFL disciplined for gambling on league games was Arizona Cardinal defensive back Josh Shaw in November 2019. Shaw has not played in the league since his suspension.

Before Shaw, no player had been disciplined for gambling since Baltimore-Indianapolis Colts quarterback Art Schlichter in 1983. Schlichter’s various problems led him serving years in prison.

The most high-profile occurrence of the NFL disciplining players for gambling was in 1963 when then-commissioner Pete Rozelle suspended Green Bay running back Paul Hornung and Detroit defensive lineman Alex Karras. The event rocked the sports world because both were popular high-profile stars. Eventually, both made it to the Pro football Hall of Fame. Unfortunately for Karras, he didn’t make it to Canton until 2020, eight years after his death.

Rules for Betting on March Madness Vary State to State