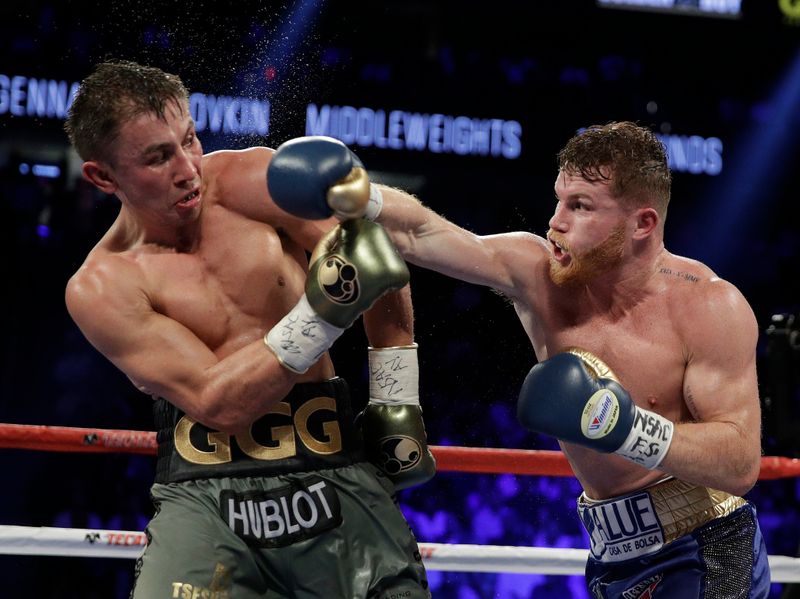 Canelo vs GGG 3 Odds: Alvarez -410 favorite to Golovkin as a +290 underdog.Canelo is coming off a decisive loss to light heavyweight champion Dmitry Bivol.Many pundits are predicting Canelo to stop GGG in the trilogy set for September 17th.

Saul “Canelo” Alvarez’s 2022 schedule is set to continue this September with a trilogy fight against Gennady Golovkin. Canelo will defend his super middleweight titles against GGG, as the rivals lock horns for the 3rd time.

The first bout went to a draw and the rematch was razor thin decision with the Mexican getting his hand raised. This will be billed as one of the biggest fights of 2022, with Canelo needing a win more than ever after losing to Dmitry Bivol in his last outing.

The opening Canelo vs GGG odds, place Golovkin with the shortest odds of any boxer to face Canelo. At 40 years of age, he still offers one the biggest threats to defeat Canelo as a +290 underdog. (Bet $100, Net $290). Canelo’s opening odds here pit him as a -410 favorite, giving him an early win probability of 80.3% to be victorious in the trilogy.

Keep a close eye on the best boxing betting sites for betting props on Canelo vs GGG 3 once they go live.

Betting on Canelo vs Golovkin Trilogy

In terms of betting on Canelo to defeat GGG in the trilogy these opening odds are more enticing than ever. While the odds are in favor of Canelo he’s not as heavy of a betting favorite as in his previous fights.

The same goes for Golovkin, who scored a big win over Ryan Murata and is looking to capitalize on Canelo who is coming off his first loss in boxing to Floyd Mayweather Jr. in 2013.

We saw Canelo get shut down in his last bout against Dmitry Bivol. This was the Mexican’s second time at light heavyweight and he did have a solution for Bivol’s constant pressure and jab.

Canelo was a -600 favorite against Bivol, leaving the Russia completely overlooked by certain bettors and oddsmakers. Overall I don’t think the loss will hurt Canelo’s legacy too much. For now, he plans to defend his titles back at the weight class he’s most comfortable in; middleweight.

Former WBC lightweight and welterweight champion Timothy Bradley thinks Canelo will stop GGG in the 3rd flight. Meanwhile, Stephen Edwards of BoxingScene disagrees and believes Canelo will win say 116-112 / 117-111, but he is not going to stop him. I expect some public money to also go on GGG to hand Canelo his second upset in a row, especially with odds of +290 that could stretch to +400 or beyond come fight night.

We know that Golovkin throws jabs at high volume, similarly to Bivol. Which has always cause Canelo problems, we may be slightly over the hill at this point but GGG should make this fight competitive enough.

‼️ Canelo Alvarez has now indicated that he will take the Gennady Golovkin trilogy fight next, then look to rematch Dmitry Bivol. Canelo would be moving back down to super-middleweight and defending his undisputed WBA, WBC, IBF & WBO world titles vs GGG on Sept 17th.

GGG Trilogy & Bivol Rematch Next Up

Now that the dust has settled from the Canelo-Bivol clash, Saul ‘Canelo’ Alvarez has indicated that he will likely move forward with a scheduled trilogy fight against Gennadiy Golovkin in the month of September.

Boxing promoter Eddie Hearn inked a deal with Canelo that was foreshadowing the Canelo vs GGG 3 trilogy to be announced if Canelo had of defeated Bivol. In the same breath, Golovkin didn’t make it to that fight and it didn’t materialize. Now Canelo feels like the time is right to move back down to 168 defend his titles in what should be a blockbuster trilogy and then return to 175 pounds to challenge Dmitry Bivol once again.

“Surely yes [about fighting Golovkin next]. We already had that contract, that agreement, so we have to continue what we started and I think those are the two biggest fights in boxing, the fight with Golovkin and the rematch with Bivol. Unfortunately, we lost, but that doesn’t mean I’m not going to try again. The important thing here is perseverance and we’re going to do it again,” said Canelo at a press conference, which took place on Monday to promote a business venture, according to ESPN Deportes.

“What is certain is that we are going to return in September. And in the coming days… today, tomorrow, the day after, we are going to announce the fight, we just have to wait a little bit.”

Stay tuned to Betting Insider Journal, for all the latest boxing odds, news, and more.