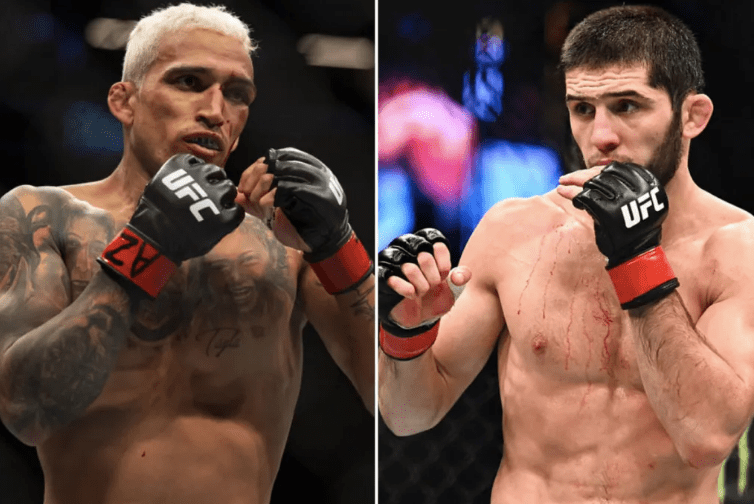 Charles Oliveira’s next challenge at lightweight is Islam Makhachev. “do Bronx” won the vacant title at UFC 269 and has since defended it in typical Oliveira style with recent wins over Justin Gaethje and Dustin Poirier. Makhachev’s who’s on a 10-fight winning streak has a style that could cause huge problems for Oliveira. We review the opening Oliveira vs Makhachev Odds with an early fight prediction below.

It’s unanimous, that online sportsbooks are favoring Makhachev to become the second Dagasteni to be crowned UFC lightweight champion, after Khabib Nurmegdov won the 155-pound strap back in 2018, then retired in 2020.

Oliveira vs Makhachev Prediction for UFC 280

Anytime the lightweight title is on the line is always a spectacle worth tuning in for. This time will be no different and it really rounds off Olivieria’s title run so far in terms of taking on the best contenders back to back. Oliveria vs Makachave has been in the rumor mill for some time now, it’s a complete clash of fighting styles with Makhachev’s wrestling-heavy approach against Oliveira’s jiujitsu and dangerous striking ability.

This fight will take place overseas in Abu Dhabi which will favor Makhachev more. The UFC had the ability to do this due to Charles’ belt becoming vacant after his last win, although he won he missed weight.

I believe Oliveira is the ultimate underdog and once again he proves that even an 11-fight win streak. His last five wins are finishes over these contenders Kevin Lee, Tony Ferguson, Chandler Poirier, and Gaethje.

Outside of the contrasting fighting styles of Oliveira and Makhachev. It really comes down to experience and Makhachev’s level of opponents hasn’t been the same level as “do Bronx”. Makhachev’s fight was against Bobby Green, a late replacement after Beneil Dariush had to withdraw due to an injury. Dariush would of been a much better test for Makhachev, after seeing the damage Dariush inflicted on Tony Ferguson at UFC 262.

BEFORE and AFTER Fighting Islam Makhachev

This is a big moment for Makhachev, who has been told he is the next great UFC champion. For Oliveira, it’s another title fight his third in the span of 10 months. Makhachev finished Green and Dan Hooker in the 1st round. Prior to that he fought Drew Dober and Thiago Moses, fights that he didn’t go for the finish – which is something he will not have the luxury of doing against an elite finisher like Charles Oliveria.

Like any of Oliveria’s most recent fights, he has moments of vulnerability and looks beatable. However, that is almost the exact time the tides turn and he gets his opponent back or pulls off an unorthodox finishing move. The stakes will be high at UFC 280 and I see Olivieria getting the “upset” here over Makhachev as a +170 underdog.

Congrats Charles and see you in AbuDhabi for vacant 🏆 #UFC274

Oliveira to get PPV Points at UFC 280

UFC President Dana White has allowed Charles Oliveira to continue to receive pay-per-view points for his fight at UFC 280 despite his not making championship weight in his last fight.

Technically “do Bronx” doesn’t hold the 155-pound title, although he defeated Justin Gaethje who could have won the strap at UFC 274. Meanwhile, featherweight champion Alexander Volkanovski has his sights set on the winner at UFC 280. As the 145-pound champ, plans to move up a weight class which would make for a true UFC super fight!