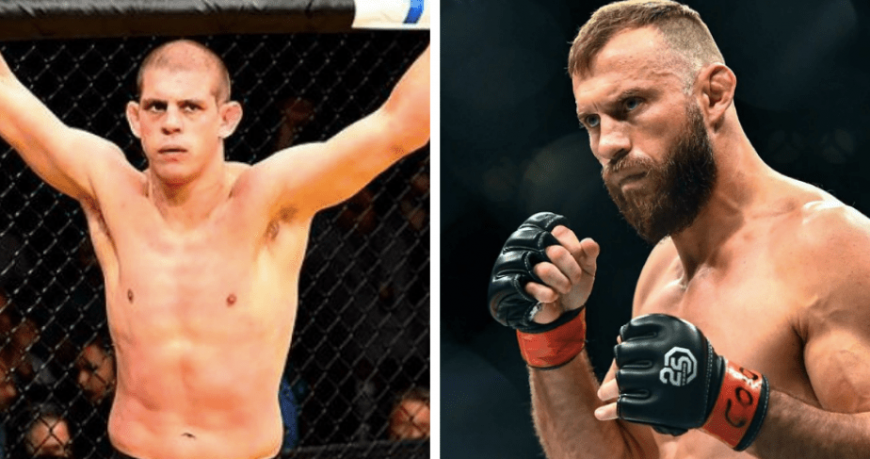 BetMGM Sportsbook has Donald Cerrone as a -200 betting favorite over Joe Lauzon as a +165 underdog.Donald “Cowboy” Cerrone is set to retire after this fight and plans to go out with a win.Lauzon hasn’t fought since 2019 but is a live underdog at UFC 274.

Two UFC legends are finally set to square off at UFC 274, with both fighters most likely retiring after this fight. Donald “Cowboy” Cerrone (26-2-16) has made a name for himself by fighting anyone anywhere.

The latest Cerrone vs Lauzon odds is trending in the favor of “Cowboy”. As a -200 betting favorite via BetMGM Sportsbook, Cerrone has an implied win probability of 66.6% for picking up his first UFC win since 2019.

For the underdog here Joe Lauzon, finds himself fighting a Cerrone who is in a similar position in desperate need of a win. If you like Lauzon’s chances here, you can bet $100 to net $165 profit in “J-Lau” upsetting the odds at UFC 274.

Joe Lauzon excited for Donald Cerrone fight: ‘How did it not happen before?’

Cowboy’s back in action at UFC 274! I have to say it’s refreshing covering a UFC fight where the legendary fighter has a real chance of winning. It’s been a crazy few years for the former lightweight title challenger, from taking on the best of the lightweight and welterweight divisions. Now that time has come for Cerrone to return to the win column if possible and bow out of MMA.

While Cowboy is a clear favorite over Lauzon, the underdog has a real chance of going aggressively at Cowboy in the opening round and finishing him. These two vets have accumulated a substantial amount of damage over their 60+ combined fights.

Cerrone was finished by Ferguson, Gaethje, and McGregor during his 2019-2020 run. So it’s safe to say his defense can be slack, but Lauzon isn’t near the level of fighters that Cerrone typically faces.

Cowboy vs Lauzon is expected to be a primarily striking battle, but I don’t be surprised if we see elements of MMA in this bout. Especially some grappling will come into play in this fight, with both fighters having a solid grappling base.

In terms of UFC fights stats; Cerrone has far more striking output with 4.43 landing per minute compared to 2.84 for Lauzon. For defending strikes, Lauzon also absorbs more significant strikes with 5.39 compared to Cerrone’s 4.49.

I expect the first round to be competitive, after that Cowboy will start to take over. He’s a solid striker and well-rounded no matter where this fight goes. Lauzon might want to take this fight to the ground, which could work more in Cowboy’s favor. We’ve seen Cowboy pull off some insane submissions over the years, Alex Oliveira and Mike Perry come to mind.

Lauzon hasn’t the best defense but he’s still a durable fighter and tough to put away. If one of Cerrone’s high-kicks doesn’t finish the fight or he gets a submission, the fact that it’s only 3 rounds means a decision could easily be on the cards.

Cowboy vs Lauzon was originally scheduled to take place at the UFC’s Fight Night on April 30th. However, it has been moved to a bigger event, at UFC 274 on May 7th.

Fans are in for a treat at UFC 274, as Chandler vs Ferguson will kick off the main card. In addition to Namajunas vs Esparza 2 as the co-main, the main event where the 155-pound strap will be on the line between Oliveira vs Gaethje.

Could this be the best UFC card of 2022? Comment below.