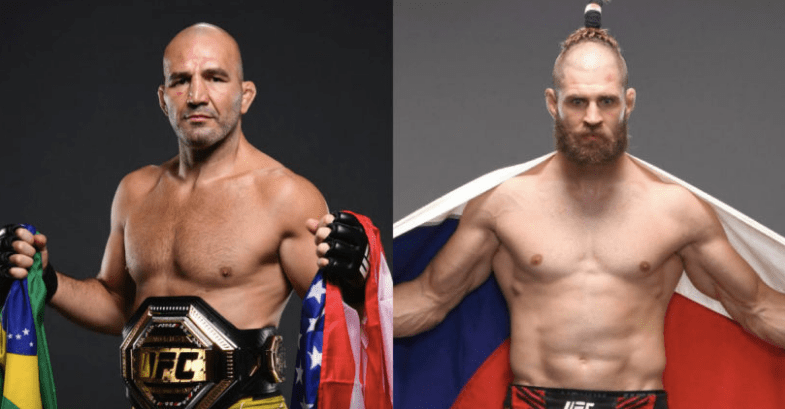 UFC 274 Odds: Glover Teixeira +165 underdog, Jiri Prochazka -200 favorite.Jiri Prochazka’s accession to the title shot is one of the fastest in UFC history.UFC 275 is set for June 11th in Singapore.

Glover Teixeira is set to make his first title defense at UFC 275 against Czech sensation Jiri Prochazka. Glover won the light heavyweight strap after defeating Jan Blachowicz at UFC 267. Glover who is now 42 years of age is set to take on a prime Prochazka who is getting a title shot after just two UFC fights.

The reigning light heavyweight champ Glover Teixeira opened as the betting underdog for this UFC 275 headliner. At +165, that gives Glover an implied win probability of 37.7% – meaning a $100 bet could net you $165.

The challenger Jiri Prochazka is a slight favorite, with an implied win probability of 66.6% of becoming the next champion at 205 pounds. Check out the latest UFC 275 odds by picking a UFC betting site from our list. Be sure to check out our breakdown of the best UFC 275 bets for this weekend.

Betting Teixeira vs Prochazka at UFC 275

In terms of betting value, the line is wide open here for money to be made on Glover or Jiri. Glover has been overlooked by the oddsmakers many times in his UFC run, this time is no exception as he’s the betting underdog who holds UFC gold. Glover joins the ranks of a small list of UFC champions that were underdogs while defending their belt. At 42, he’s also the oldest first-time champion in UFC history. His UFC record stands at 16-5.

For Jiri he will go down as one of the quickest title runs to challenge for a UFC title. In his two UFC fights he remained the betting favorite and made short work of Volkan Oezdemir and Dominick Reyes, both fights he finished by KO in the second round

Overall, “Denisa” has projected a real IT factor in a short period of time. His 12 fight winning streak stems back from 2015 to him winning the RIZIN strap and eventually making his way to the UFC. Jiri’s style certainly leaves himself open to receiving a strike to give one back, this is something Glover could capitalize on and go for the takedown similar to the Jan fight.

Who’s your early betting pic for this UFC 275 main event, Glover or Jiri? Comment below. Head on over to our MMA hub for all the latest UFC odds, predictions & more.