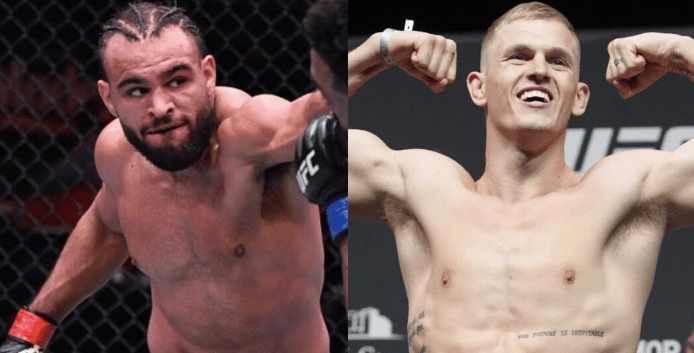 UFC 276 odds are favoring Ian Garry -150 over Gabe Green as a +130.On July 2, UFC 276 will be live from T-Mobile Arena in Las Vegas.We give our early betting prediction on Garry vs Green below.

Ian “The Future” Garry will continue his UFC run as he steps up to take on Gabe Green (11-3) at welterweight. Garry who has been pitted as the next Irish sensation of MMA has had high hopes since entering the UFC in 2021. Green enters his fourth Octagon appearance coming off of back-to-back victories. We review the odds for Garry “The Future” vs “Gifted” Gabe below.

Oddsmakers at BetMGM Sportsbook are giving Ian “The Future” Garry an implied win probability of 60% for defeating Gabe Green and securing his third straight UFC win. Betting on Garry to win as a straight-up moneyline wager would profit $100 on a $150 wager.

Meanwhile, “Gifted” Green is likely to be Garry’s toughest challenge yet and is only a slight underdog at +130, bet $100 net $130 on the chance of Gabe handing Garry his first loss.

This will mark Garry’s third straight UFC bout where he’s opening as the betting favorite. In his UFC debut, Garry opened as a -290 betting favorite against Jordan Williams and closed as a solid -400 betting lock. In his last fight against Darian Weeks, the opening line was -184 and closed just shy of -500 come fight night. We could expect a similar situation here as UFC betting sites get inundated with bets coming in on Garry pushing his odds closer to -300 come UFC 276.

It’s official, I’ll be fighting on International Fight Week Las Vegas July 2nd
Three massive PPV cards in the space of 8 months. I’m Active AF and I can guarantee you now Gabe Green isn’t the guy to stop the hype, The only one who’s being ‘Gifted’ here is Me. pic.twitter.com/df8Pua4vWA

Garry is undefeated (9-0) and 2-0 since entering the UFC in 2021. He has won 56% of his fights by KO, 33% by decision, and has one submission victory under his belt. Hailed as the next big MMA fighter to come out of Ireland since Conor McGregor, Garry also reigns from Dublin but has a had a very different MMA journey than “Notorious”. Instead, the Irishman made the transition out of Ireland to get a more diverse range of MMA training at Sanford MMA in Florida.

While Garry, remains undefeated he has shown some vulnerabilities in his first two UFC bouts. Looking hittable at times and lacking that sense of urgency to finish his opponents, that’s needed at the elite UFC level.

In terms of output, Green lands on average 6.28 significant strikes per minute compared to Garry at 4.6. On the flip side, Green also absorbs way more damage than 6.61 vs Garry’s 3.1 shots absorbed per minute.

Green’s biggest threat to Garry could be his submissions. Gabe has won 55% of his fights by submission with 6 in total. Green is a true test for Garry, to see how far he has come this past year since joining the UFC. If Garry can pull off a statement win here he could be looking at facing a ranked opponent next.

I see Garry being patient in this fight and waiting for his opening to counter Gabe. We have seen Gabe lose twice by TKO in the past and once by decision. Garry will have the advantage of being able to time his counter-punches and will be able to use his height and reach to control the pace of the fight.

My prediction here is Ian Garry gets the job done and it will be by late finish or decision.

Who’s Next for Ian Garry?

For Ian Garry’s next opponent we can only look further up the rankings if he gets past Gabe Green at UFC 276. Some names come to mind such as Danny Roberts, Bryan Barberena, or Max Griffin.

All are fighters who are worthy of taking on Garry on a slot at the beginning of the main card. Barberena is currently fighting on the same card as Garry, as he takes on “Ruthless” Robbie Lawler, you can preview the latest Lawler vs Barberena odds.

UFC 276 will be headlined by middleweight champion Israel Adesanya defending his strap for the fifth time. Below are the latest betting lines for UFC 276.

If you are based in Canada, you can choose from any of these legal Ontario sports betting apps. BetMGM, DraftKings, Caesars Sportsbook, and more all have apps to choose from, the same applies to these best NY sports betting apps. That offers up to $1000 in risk-free bets if you use this exclusive BetMGM NY promo code to sign-up with.