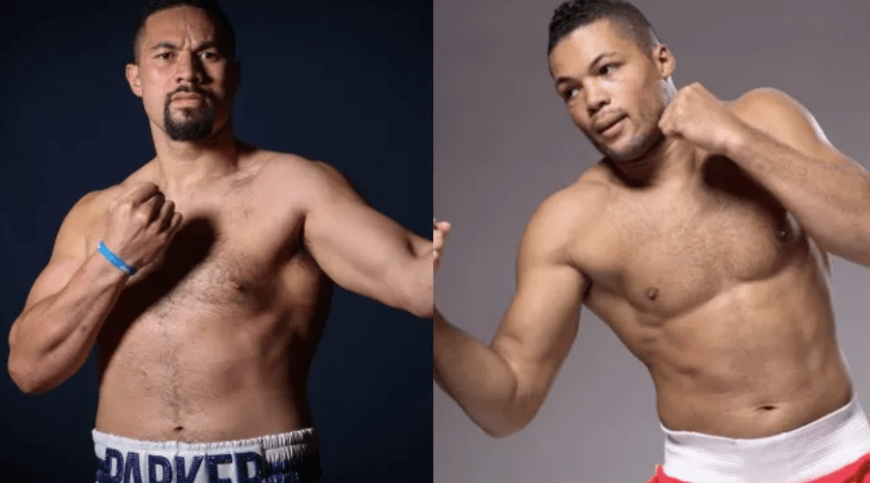 Joe Joyce opens as a -158 favorite against Joseph Parker for July 2nd heavyweight clash.Joyce is 13-0 and plans to maintain that undefeated record with a win over Parker.The betting value is on Parker to defeat Joyce, we detail why!

On Saturday, July 2nd at Wembley Arena, In London, boxing fans will be treated to a heavyweight clash between Joy Joyce and Joseph Parker. Following on the heels of Fury vs Whyte, this is expected to be a contender bout with the winner getting a title shot against Oleksandr Usyk or Anthony Joshua, with Deontay Winder also being a potential future opponent.

Joe Joyce is the current betting favorite -158 to defeat Joesph Parker. Joyce who has a perfect record of 13-0, holds the Commonwealth, WBC Silver, and WBO International heavyweight titles. While Parker will be the underdog here for the time since he fought Anthony Joshua in 2018. “The Juggernaut” has an implied win probability of 61.2%.

You can bet $100 on Parker at these opening odds to net $124. Check out these online sportsbooks for boxing prior to betting and for direct odds on Joyce vs Parker visit BetMGM today.

Betting on Joyce vs Parker

The opening odds for Joyce vs Parker are relatively close for a boxing bout. Joyce has just over a 60% chance of defeating Parker. After Parker’s split decision win against Chisora in May 2021, many had the New Zealand boxer written off for the rematch, where he defeated Chisora for a second time. That being said, no one looks great against Derek Chisora, his style makes it tricky for the elite boxing heavyweights.

Parker opened as a -175 favorite when he fought Chisora the first time. Although the win was razor-thin, online sportsbooks were comfortable that he would win in a much smoother fashion in the rematch; positioning him as a -250 favorite the second time around.

If Tyson Fury retires and actually vacates his WBC heavyweight world title, then based on the current rankings the WBC would most likely order Deontay Wilder (WBC #1) to face the winner of Joe Joyce (WBC #2) vs Joseph Parker (WBC #3) for the vacant belt.

Out of Joe Joyce’s 13 fights, he’s stopped his opponents in 90% of them, scoring 12 finishes. This could easily be another notch on Joyce’s belt if he comes as Parker aggressively in the opening rounds. That being said, Parker has the experience and team behind him to expect every potential scenario against Joyce.

If Parker decides to target the body similar to how Bryant Jennings did against Joyce then he should have more success slowing down the Juggernaut than trying to finish him.

We haven’t seen Parker be finished in a fight yet, his only two losses are against Whyte and AJ by decision. If you are betting on Joyce, he does have a legitimate chance of handing Parker his first KO loss.

As Joyce enters his prime, he could catch a Parker who is technically in the latter stages of his career. It’s Joyce’s punching power that has all the oddsmakers give him the slight edge over the more technically sound boxer in Parker.

In the end, though, my money is on Parker here as a slight underdog to score a UD win against Joe Joyce.

“I’m ranked #1 with the WBO and he’s ranked #2, so there’s no better fight out there for the both of us,” said Joyce to Behind The Gloves about his July 2nd fight against Parker.

“Yeah, that elevates us up a little bit more,” said Joyce when told that he and #3 WBC Parker will be in a position to challenge for the WBC heavyweight title once WBC champion Tyson Fury vacates his belt.

“It’s fun & games, but once we get inside the ring, we’re going to be trying to knock each other out,” said Joyce about him and Parker being nice guys.

Cuban boxer Frank Sanchez who’s undefeated wants the winner of Joyce vs Parker. The undefeated heavyweight is coming off a win over Christian Hammer.

“I really believe that ultimately Frank will fight the winner of Joyce and Parker for a vacant WBO title,” said Borao, who guides Sanchez’s career with fellow co-manager Lupe Valencia.

“I don’t think Joyce or Parker are big enough names to entice the eventual winner of Usyk vs Joshua, so Frank [ranked at No 3 by the WBO] will probably land on the winner of that fight for a first world title.”

Could Sanchez make his case to fight the winner? It’s possible but if the timing is right the better fight is to make against the winner of Usyk vs AJ 2. Comment below on who you think will have their hand raised at Wembley on July 2?