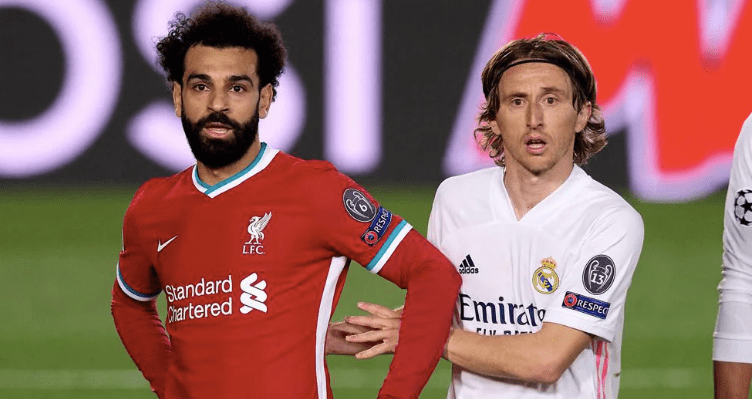 The opening champions league odds are live for Liverpool -105 vs Madrid +260.One of my favorite UCL picks is Real Madrid to win and over 2.5 combined goals scored.We cover the best bets and betting props for the UEFA Champions League final on May 28.

2019 Champion League winners Liverpool opened as the betting favortes -105 to win their 7th UCL title. You can bet $105 on Liverpool defeating Real Madrid in Stade de France to net $100. For live odds on the Champions League final check out BetMGM Sportsbook.

In the Semi-finals Liverpool F.C. & Real Madrid teams showed vulnerabilities that indicates this could be another high scoring game. Over the course of the two semi-final legs a total of 18 goals were scored. Currently the over is at -145 for 2.5 goals with the under coming in a +100.

One of my favorite Champions League betting props for this years final is Liverpool to win and both teams to score. It’s averaging +250 odds from various online sportsbooks I’ve checked and is a realistic outcome come May 28th.

Another UCL prop bet that interests me is both teams to score and the match to end in a draw. I see this being a much more competitive game than some pundits are predicting. The final ending in a draw is at +350 and goes to extra time.

Real Madrid lined up a courageous comeback against Man City and ultimately have upset the Champions League odds to win the tournament every round. They have managed to align themselves in the nick of time, when the moment presents itself.

So whats the secret sauce to Real Madrid’s UCL season? Having Carlo Ancelotti behind the helm who has made his 5th UCL final; certainly improved Madrid’s tactics in high pressure situation and Benzema has been on fire as of late, scoring 10 goals in 6 of the rounds thus far.

This Real Madrid side are by far one of the most exciting teams to watch in this years tournament. When you combine Madrid’s style against Liverpool’s attacking style, it really sets up a perfect final.

Villarreal almost had Liverpool out in the second leg, after Liverpool played some sloppy football. Thankfully for Liverpool Jota’s replacement Diaz saved the day and cemented Liverpool’s spot in the final.

All of Madrid’s star players including Vini Jr., Modric , Benzma and goalkeeper Courtois will have to be on top form. Real Madrid’s midfield are starting to age, but still posses world class talent that could give Liverpool some problems. The one area I see Liverpool taking advantage of is Madrid’s center-backs. Which could mean the Madrid defence being sliced down the middle if they get caught by a counter attack.

I expect Real Madrid to be under immense pressure from Liverpool at many times during the game. With Madrid aiming to charge past play the high line with Vinicius jousting to get past Alexander Arnold.

Real Madrid have already notched another La Liga title, which could work in their favor in the sense that they can take the foot off the pedal in the lead up to the final. That being said, Liverpool are going to be playing highly competitive football in order to win the Premier League in their rivalry against Man City and race towards the Champions League final.

On paper Liverpool have the better team and the odds suggest that. However, Liverpool’s tough schedule in May, with the EPL & FA Cup don’t be surprised if we see some injuries rack up for the Reds. Which ultimately could flip the odds on this competitive final. As it stands I’m siding with Ancelotti to have the edge as an underdog against Jurgen Klopps side.

Where is the 2022 Champions League Final?

For the 3rd time in the tournament’s record, and the first since 2006, the 2022 Champions League final will be held in the stadium Stade de France in the Saint-Denis suburb of Paris.

The Stade de France serves as the home stadium for France’s representative men’s and women’s soccer teams as well as the France national rugby team. It was built and opened ahead of the 1998 FIFA World Cup, where it was the site of the World Cup final-winning victory for France against Brazil. The Stade de France previously hosted the Champions League final in 2000 and 2006.

Will Liverpool execute revenge for 2018, or will Madrid return as the kings of Europe? Comment below on your Champions League prediction.