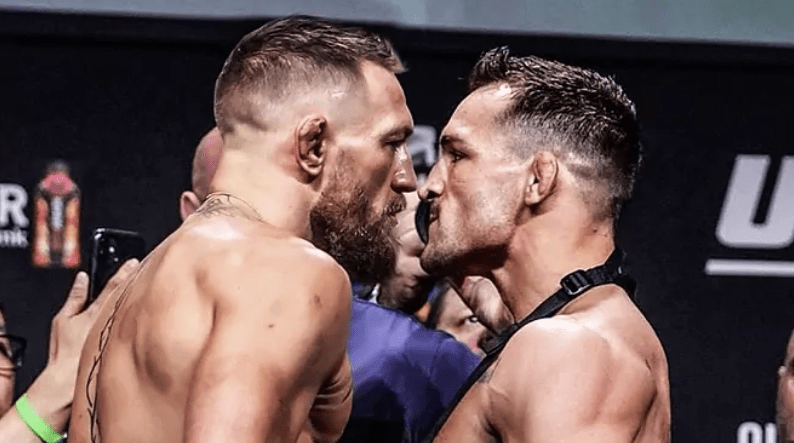 Conor McGregor is a +135 underdog to Michael Chandler as a -155 favorite.Chandler defeated Tony Ferguson at UFC 274 and called out McGregor.Who would have the advantage if McGregor vs Chandler happens at 170 pounds?

The latest call out for McGregor was from Michael Chandler. “Iron” Mike scored a contender for KO of the year over Tony Ferguson at UFC 274, to follow up on that he called out McGregor. The Irishman replied immediately via social media positively to Chandler’s call out and win. We review the opening betting odds for McGregor vs Chandler below.

The oddsmakers are giving Michael Chandler the edge over McGregor if they do indeed share the octagon sometime in the near future. At -155 you can bet $155 to net $100, with Chandler having a 60.7% chance of defeating the former two-time UFC champion.

For McGregor, who’s still recovering from a leg injury he sustained in his last fight against Poirier. He is expected to be out of action until later this year, as a slight underdog you can bet $100 to net $135 on “Notorious”. Check out our list of UFC betting sites for odds on this bout.

Betting on McGregor vs Chandler

Micheal Chandler has been one of the most exciting signings in recent UFC history. Every single time he steps into the octagon he brings electricity and puts on a spectacle. He may not win every fight, but he’s certainly a top-3 fighter in the lightweight division.

The only other fighter can currently top that and it’s still Conor McGregor, the former “champ champ” who draws record-breaking PPV sales every time he fights. While he’s approaching the twilight of his career, I can see a scenario where we have 2-3 more UFC fights from Conor and he’ll get back in the win column again.

Much anticipation has been around who McGregor’s dance partner will be when he returns. Just about everyone from Kamaru Usman, where McGregor is a +450 underdog to face the “Nigerian Nightmare” to a potential rematch against Jose Aldo.

This most recent call out from Chandler has an air of freshness, similar to the McGregor vs Mendes bout. At this point of his career Chandler has the star power for the UFC to make this fight happen, and at 170 puts the stakes even higher for the winner to get a potential title shot against Usman.

Given Chandler’s explosiveness, it’s fair to place him as the betting favorite over a declining McGregor. That being said, I can also see a situation where McGregor wins early by KO.

Yet, the odds that Chandler fights McGregor next are slim. The more realistic next opponents for chandler are Nate Diaz of Dustin Poirier, which would set up the winner to face Conor McGregor once he’s back in action.