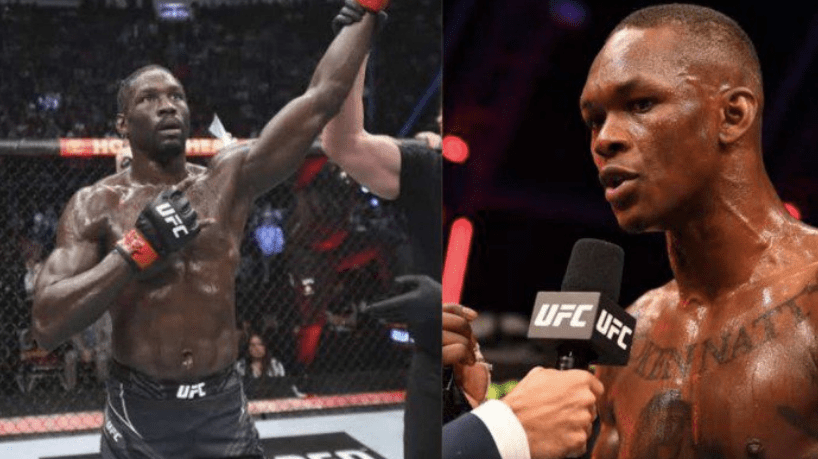 After Israel Adesanya defeated Robert Whittaker for a second time at UFC 271, Dana White confirmed that Jared Cannonier would be next in line for the middleweight strap. Cannonier won in a devastating fashion with a win over Derek Brunson on the same card. Let’s find out what the latest UFC odds for Adesanya vs Cannonier are.

Adesanya opens as a solid -300 betting favorite to Cannonier as a +250 underdog. That’s no surprise as Adesanya has reigned supreme at 185 pounds. While Cannonier is truly the dark horse of the division, you can bet $100 on the “Killa Gorilla” to net $250. If you are looking for an MMA sportsbook near you, check out our UFC betting sites.

“Hey Dana, I want that shot next,” Cannonier shouted to UFC President Dana White after the contest. “I get the shot next. It’s me. Nobody else! Me! I turned ‘Blonde Brunson’ into ‘Blood Brunson’ like I said I was going to do.”

Cannonier knows he is next in line to give Adesanya a crack at the middleweight strap. Early reports are alluding to UFC 275 being the card for Adesanya vs Cannonier.

Betting on Adesanya vs Cannonier

Jared Cannonier made a big statement at UFC 271 with his win over Derek Brunson. With Adesanya in the main event of the same card, he was clearly going to take notice of the winner of this no.1 contender bout.

Cannonier hits hard and has looked better than ever since moving down to 185 pounds back in 2018. He’s been the betting favorite in almost every middleweight bout except for the Jack Hermansson bout, where Cannonier was a +220 underdog. Cannonier won that bout then suffered his only loss at 185 pounds to former champ Robert Whittaker.

Cannonier’s style will be an interesting blend against Adesanya. The “Killa Gorilla” tends to walk down his opponents and is typically the bigger fighter in there, given he used to fight at heavyweight.

Cannonier really leveled up his wrestling when it came to facing Hermansson, similar to what Whittaker tried against Adesanya in their rematch. This could be key to Cannonier having any success over Adesanya, but “Stylebenders” takedown defense looked much imposed at UFC 271.

“The Last Stylebender” once called Cannonier the deadliest contender at middleweight. “He’s a beast in the division,” Adesanya previously told MMA Fighting. “He’s the dark horse in the division. He’s the guy everyone is sleeping on but you can’t sleep on him because you’ll get put to sleep. I think he’s the guy, the second most dangerous guy in the division behind myself. I look forward to fighting him after his next fight.”

Adesanya has shut down every opponent that has been put his way at middleweight, he’s even doing a real UFC veteran move of defeating his opponents twice by giving them a rematch.

Stay tuned to Betting Insider Journal for predictions on Adesanya vs Cannonier, once this future bout is confirmed for UFC 275.