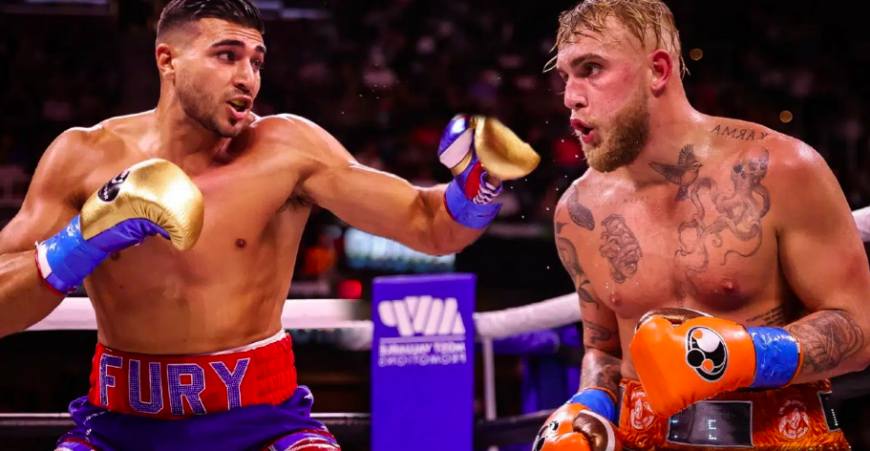 Jake Paul opens as a +104 underdog to Tommy Fury listed as a -135 favorite via FanDuel Sportsbook.We review the betting value on Jake Paul as an underdog against Fury.Tommy Fury will be a true test for Paul, who has typically fought MMA fighters in the ring previously.

The duel co-main at the mecca of boxing will feature the return of Amanda Serrano, who will defend the WBC, WBO, and IBO female featherweight titles against Brenda Carabajal. The New York based fight will be promoted by Paul’s Most Valuable Promotions and Showtime boxing.

The current odds for Jake Paul vs Tommy Fury are favoring the more experienced pro here Fury. At -134 as per FanDuel, you can bet $134 on Tommy to net $100 profit. Meanwhile, the “Problem Child” could live up to his nickname her with this incredibly short betting line, Paul has an implied win probability of 49%, with a $100 wager netting $104. Check out the latest boxing odds for Fury vs Paul via BetMGM now.

Betting on Paul vs Fury

This marks the second time Tommy Fury opened as the betting Favorite against Jake Paul. The pair was scheduled to square off on December, 18th, but Tommy had to withdraw due to a broken rib and bacterial infection.

This time around the odds are much closer, originally Tommy was listed at –200 (1/2) for the fight whereas Jake Paul is +100 (6/4). I expect to see some public money being bet heavily on this bout, swaying the odds in either direction as the tide seems to be firmly trending towards the underdog Paul here to defeat Fury.

Tommy Fury’s betting odds have typically been heavily in his favor. He was a -2000 (1/20), betting favorite against Daniel Bociansk, and -1400 to Anthony Taylor. While, Paul’s odds haven’t been as drastic given his faced former decorated athletes just from different sports, -200 against Woodley and -225 to Askren. Check out these boxing betting sites, for the best betting apps & promos for Paul vs Fury.

Tommy is still at the early stage of his boxing career with a record of 8-0. Got projected into the limelight with his appearance on the reality show Love Island, after that Fury decided boxing was the route he wanted to remain on.

Paul’s last win was a 6th-round KO victory over former UFC welterweight champion Tyron Woodley. Prior to that Paul went the distance with Woodley from their first bout. With a record of 5-0, Tommy is a step in the right direction for Paul, who can piggyback on the novelty of Tommy being Tyson’s younger half-brother. Paul’s previous professional wins were against former MMA fighters Woodley and Ben Askren, former NBA player Nate Robinson and YouTube personality AnEsonGib.

Tyson Fury is 10 years older than Tommy and still holds the WBC and The Ring heavyweight titles, remains retired for now. Younger half-brother Tommy extended his record to 8-0 record with a 50% KO ratio. His last three fights went to a decision, granted that they were two 4-round bouts and a 6th-round unanimous decision victory over Daniel Bociansk at Wembley Stadium on April 23.

Overall this is a true 50-50 fight which is rare in boxing. While it might seem strange to say, Jake Paul is a step in the right direction for Tommy. Who isn’t expected to live up to his championship-level accolades as his brother Tyson. Fury previously said he only took the fight to make money and that a victory would have given him “no credit in the boxing world”.

“I wasn’t sure I was going to say yes to another potential matchup against Tommy after he pulled out of our matchup last year,” Paul stated in the release. “But ultimately, knocking out a Fury was too appealing to pass up. I’ve proven I am dedicated to boxing in and out of the ring, from promoting fights, championing fighters and fighter pay, to knocking out my opponents. The Furys cannot say the same, they are selfish ‘tossers.’ On Aug. 6, at the mecca, Madison Square Garden, the world will see why I am on my way to being a world champion. I’m honored to fight under the same lights as some of the greatest professional boxers in history.”

Paul has gone from strength to strength and is committed to boxing, with some lofty goals over these next few years to accomplish.

Since Paul’s hit-list was drawn up last August he has crossed off Woodley. Nate Diaz has been connected with a future scrap with Paul more recently too. After Diaz, has requested to be released from the UFC. There are some other random names such as Gervonta Davis, who is multiple weight classes below Paul. Then Paul’s hit-list wraps up with a potential showdown against older brother Logan Paul – who doesn’t love a bit of sibling rivalry eh?

Follow #PaulFury on Twitter for all the latest developments in this upcoming fight. If you are based in the Big Apple and want to bet on this fight, check out this exclusive BetMGM NY promo code that offers a $1,000 risk-free bet.

The Biggest Risk Of My Career.