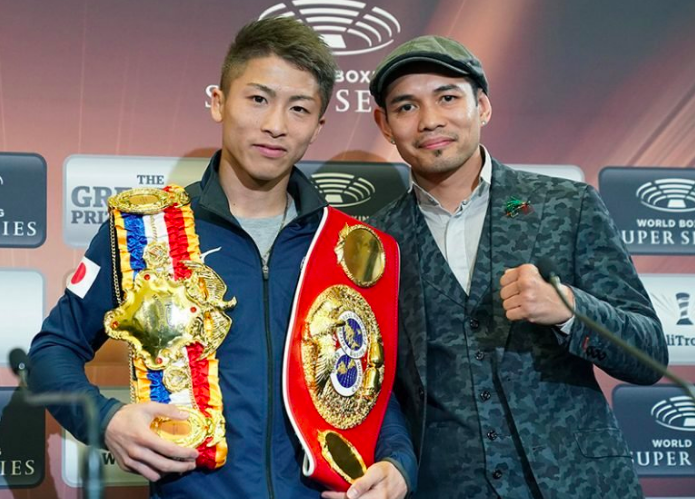 Naoya Inoue is the firm favorite -550 to defeat Donaire a second time back on home soil again.Donaire who is almost 40 years of age, has picked up two wins in 2021 since his loss to Inoue.We review the latest Inoue vs Donaire odds with some early betting analysis.

Two of boxings’ meanest fighters are set for a huge rematch this June 7 in Japan. Naoya “Monster” Inoue will take on Nonito “The Filipino Flash” Donaire for WBC, WBA (Super), IBF, and The Ring titles. This fight is set for 12-rounds at bantamweight and is a rematch from 2019 when the Inoue and Donaire clashed in the finals of the World Boxing Super Series.

Inoue opened as a -550 favorite after successively winning his last three bouts, including against Jason Moloney and Michael Dasmarinas. With an implied win probability of 85.6%, the “Monster” is expected to pull off an even bigger win than his UD victory over Donaire in 2019.

“The Filipino Flash” on the other hand can never be counted out, with odds of +350 (Bet $100, Net $350). For a more accurate reflection of these odds as the public money changes the betting line head on over to BetMGM Sportsbook.

If you are wagering on Inoue vs Donaire 2 from Canada, be sure to check out our best Ontario sports betting apps now.

Betting on Inoue vs Donaire

We took a look back at Inoue vs Donaire odds for their first encounter at the World Boxing Super Series. Inoue opened as a massive -2500 betting favorite over Donaire. Not only was Donaire overlooked, but the fans knew it too- the betting odds soon shortened come fight night and Inoue was a more realistic -590 favorite.

This time around, the odds reflect where the first fight finished off. Inoue has the advantage but Donaire is always a threat. Even as he approaches 40 years later this year, the Filipino is coming off two TKO wins where he finished his opponents in the 4th round. Not only is Donaire a live underdog from all online sportsbooks reviews, but he’s a boxing legend that has held titles in three decades joining the likes of Bernard Hopkins, Floyd Mayweather, and Manny Pacquiao.

Pride Of A Monster Hunter – Naoya Inoue vs Nonito Donaire

The first fight was an instant classic, I don’t expect anything less this time either. Father time might be catching up with Donaire, so I expect both fighters to go for the finish even earlier this time around. Both boxers have solid chins, so chances are they will both be able to withstand each other’s punches making this another back and forth war.

“Monster vs “Flash” Clash in Japan

Inoue vs Donaire 2 will take place in the same arena in Japan as their first encounter, the Super Arena in Saitama. In addition to that three of the four main bantamweight world titles will be on the line. The fourth belt rests in the hands of John Riel Casimero, who we can expect the winner of this bout to face next.

Veteran boxing analyst Atty. Ed Tolentino, had this to say about the Inoue vs Donaire rematch.

“They had a great first meeting that was the fight of the year. Donaire was something else in that fight even though he was a huge underdog against the monster of Japan.

“He was supposed to be flattened and yet Donaire stood his ground, showing that he can humanize the monster. In fact, Inoue never looked so human and vulnerable. He was rocked, he was hurt, and he suffered a fractured orbital bone.”

“WBC was so impressed with that showing even though he lost they gave him a shot at the title then held by Nordine Oubaali. Donaire’s performance was that impressive. Like I said, one good serving deserves another,” Tolentino stressed.

For more boxing coverage, check out our boxing section. What’s your prediction for Inoue vs Donaire 2? Comment below.