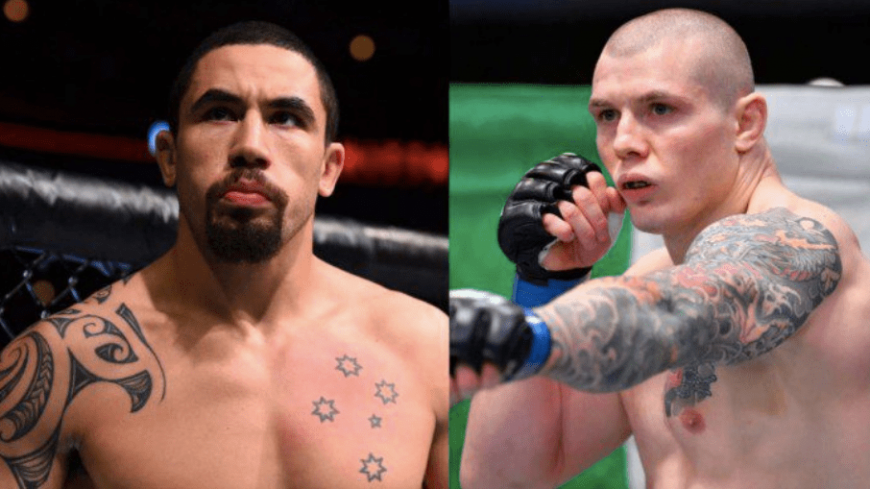 UFC 275 Odds are favoring Robert Whittaker as a -200 favorite to defeat Marvin Vettori as a +168 underdog.Whittaker is coming off a close decision loss to Adesanya, prior to that he won three win a row.Vettori’s win was a decisive one over former title challenger Paulo Costa.

Robert Whittaker is looking to make a quick return after his second title shot against Adesanya at UFC 271. The #1 ranked middleweight is set to take on #3 ranked Marvin Vettori that’s targeted for UFC 275. We review the latest odds for Whittaker vs Marvin Vettori with an early betting pick to follow.

“Bobby Knuckles” is a 1/2 favorite against Vettori for UFC 275. That means a $200 wager would net you $100 from these current odds at FanDuel Sportsbook. Vettori who’s coming off a decision win over former title challenger Paulo Costa and has odds of +168 for defeating Whittaker (Bet $100, Net $168).

If you are looking for the latest UFC 275 odds, be sure to check out our recommended UFC online sportsbooks.

BISPING: Robert WHITTAKER and Marvin VETTORI are taking a risk with this fight

Betting on Whittaker vs Vettori

Despite two losses to the current champion at 185-pounds, Robert Whittaker remains a solid #1 contender in the middleweight division. After losing his first fight to Adesanya at UFC 243, Whittaker admitted he was in his own head and came in over-aggressive which ultimately fell straight into “Stylebenders” hands.

Whittaker went back to the drawing board and returned to headline a Fight Night against Darren Till. Whittaker opened as a-135 slight favorite and closed around -170 come fight night. Showing the public and oddsmakers he has the patience and ability to stand and trade against a striker like Till, even after coming off a devastating KO loss.

UFC Stats for Whittaker vs Cannonier

Similar to the Till fight, Whittaker picked up two more wins on the bounce. Coming in as a slight underdog to Jared Cannonier is understandable given the sheer power of the “Killa Gorilla”. Whittaker landed 69 of 151 significant strikes, compared to 53 out of 89 for Cannonier.

This kind of volume could be trouble for “The Italian Dream” as Vettori tends not to land as much in bigger fights in the past. For example against Kevin Holland, despite the win Vettori 24 to Holland’s 37 significant strikes.

However, much had changed in Vettori’s approach in his last fight against Costa. Vettori found success as the aggressor and punished “The Eraser” for it, with a clinical 41% of his shots landing to the body of Costa. There is much doubt that Vettori will have huge success by keeping this fight on the feet. Instead, he should look to grapple and use his size on Whittaker and choose the right moment to counter Whittaker’s attacks.

Whittaker came out of the Adesanya rematch unscathed and for that reason, he sees UFC 275 as a perfect return date.

“It wasn’t part of the plan, but I was offered an opportunity, presented with it, and honestly, I don’t have any injuries from the last fight,” Whittaker told The MMA Hour.

Cannonier’s Next in Line for Title Shot

After #2 ranked middleweight Jared Cannonier’s performance at UFC 271, he’s now a clear frontrunner for the next crack at the 185-pound title. In fact, Israel Adesanya vs Jared Cannonier odds are already live, with the champ opening as a -300 favorite to retain the title.

That’s what makes Whittaker vs Vettori even more exciting, is the fact that we could be looking at a trilogy if either fighter can pull off a statement win at UFC 275.

What’s your early fight prediction for Whittaker vs Vettori? Comment below!