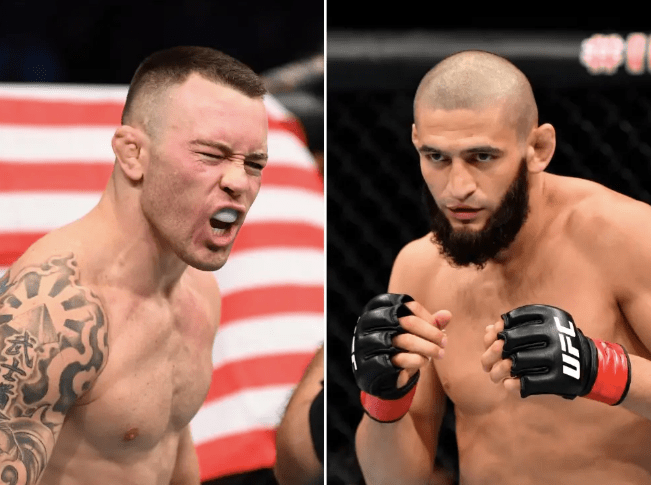 UFC futures odds for Colby Covington -135 vs Khamzat Chimaev +115.Covington is coming off a five-round demolition of Jorge MasvidalWe review the opening Covington vs Chimaev odds with betting analysis below.

Khamzat Chimaev had the biggest test of his career after leapfrogging the welterweight division and taking on #2 ranked Gilbert Burns at UFC 273.

Chimaev now extends his record to 11-0 and while he could be next for a title shot, a number one contender match against “Chaos” Colby Covington makes sense. Covington vs Chimaev is expected to be next in line and we review the latest betting odds.

Expect the betting line to sway in favor of Chimaev once this fight is officially announced. “I think that if Khamzat Chimaev wins this weekend, we see him and Colby Covington next,” White said on The Pat McAfee Show.

Chimaev showed us he is human in his last fight against Burns but vows to smash his next opponent. That’s a tall task when it’s either Covington or Usman as a potential next fight.

Covington has shown real durability and has improved his stand-up game immensely over the past few years. His only UFC losses come from Usman (twice) and a submission loss back in 2015.

In the rematch against Usman at UFC 268, Covington showed us he can go a full five hard rounds and more if he wanted. He holds notable wins over Robbie Lawler, Tyron Woodley, and Rafael dos Anjos and at 34 years of age is in his prime.

Burns stock doesn’t drop a bit. Goes up, to be honest. Win-win for the UFC.

Will be curious to see if Covington takes that Chimaev fight next.

Covington opened as a -190 favorite in his last bout against Masvidal, that line came closer to -300 by the time they entered the octagon at UFC 272. Could we see the public money sway in the same direction against Chimaev?

It’s hard to say, while Colby could grind out a decision against him. It seems that Chimaev will play to his strengths more the next time, and not want to go for the knockout from the opening bell as he did against Burns.

My early prediction is that Covington has enough experience and cardio, to grind through the initial onslaught from Chimaev – either way it’s an interesting match-up and one that could bring in some serious PPV numbers again.

“I need to knock Colby out!” Khamzat Chimaev on UFC 273 war with Burns and Colby Covington

Dana wanted to see Khamzat vs Colby prior to UFC 273, he still thinks it’s a big fan and the fans would agree – “I have a fight coming up on ABC, and in a perfect world, if everything plays out right, I would love to do Khamzat vs. Colby if Khamzat should win on Saturday night,”

Meanwhile, for the champion Kamaru Usman his next challenger is expected to be Leon Edwards sometime later in 2022. With the winner fighting Covington or the winner if he decides to face Chimaev.

What’s your early pick if this fight gets made – Covington vs Chimaev? Comment below.