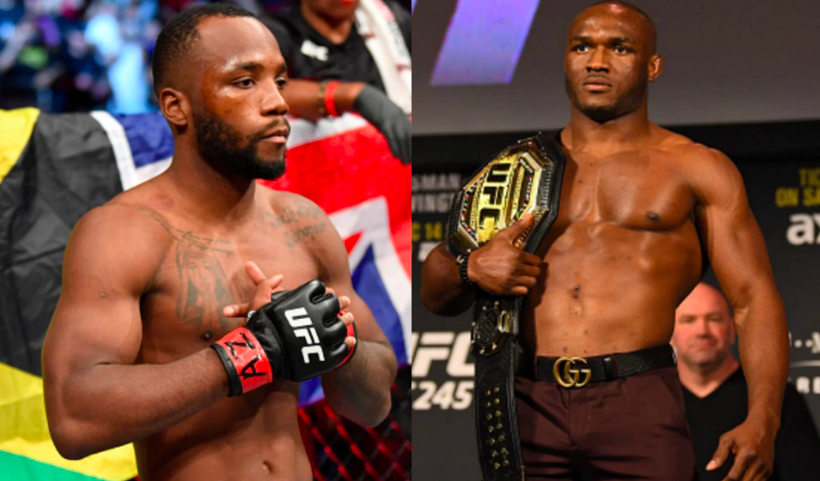 Kamaru Usman is almost a 1/3 betting favorite over Leon Edwards for their upcoming rematch at UFC 278.Leon Edwards is on a 10-fight win streak with his last loss to Usman in 2015.Can Edwards find a way to get past the sheer dominance of the “Nigerian Nightmare”?

At UFC 278, Kamaru Usman will take on Leon Edwards in a rematch seven years after they first fought..Edwards has been in the title picture at welterweight for some time now, finally, the UK-based fighter will get his shot. We review the opening UFC 278 odds for Usman vs Edwards 2 with an early betting pick to follow.

According to the latest UFC 278 odds, welterweight champion Kamaru Usman is a -290 favorite to retain his title. The dominant champion has five straight title defenses and hasn’t lost since joining the UFC in 2015. Betting on Edwards here as a sizeable underdog would profit $260 on a $100 bet. Check out these UFC betting apps prior to betting for the biggest promos.

Usman’s history of odds over his last few fights remains almost identical, ranging anywhere from -250 to -300. I expect the odds to actually become even wider given Edward’s lack of finishes and how his last performance ended against Nate Diaz.

Betting on Usman vs Edwards Rematch at UFC 278

Since defeating Tyron Woodley at UFC 235 to win the welterweight title, Usman has changed fight camps and improved his striking immensely. In his first title defense, he went toe to toe with rival Colby Covington and stopped “Chaos” in the final round.

Usman’s next challenge was Jorge Masvidal, which ended up being a lackluster fight where Kamaru won by decision. For his third title defense against Gilbert Burns, Usman showed moments of vulnerability after being knocked down with a right hand by Burns. Usman’s ability to come back and eventually finish Burns in the third round was even more impressive.

Kamaru Usman vs Leon Edwards at UFC 278…WHY the delay?

Leon Edwards’s run at welterweight has been deserving of a title shot for some time now. The Jamaican-born, UK fighter has a technical style that has caused problems for Vicente Luque, Rafael dos Anjos, Gunnar Nelson, and more recently Nate Diaz.

While Edwards has been calling for a title shot for quite some time, “Rocky” has had to keep busy instead and continue fighting contenders while the UFC lined up bigger names such as Covington and Masvidal both twice to fight the “Nigerian Nightmare”

When it comes to betting on Edwards as a +260 underdog here, is a chink in his armor we saw in his last fight against Nate Diaz. A fight “Rocky” Edwards dominated but you can never count a Diaz brother out. Nate marched forward in the fifth round and almost had Edwards out on his feet, if only there was more urgency Diaz could have ended the fight.

What we can take away from this is possible, Usman crafting a plan of luring Edwards into deep waters and seeing if he can tire Edwards out just as Diaz did, and try to finish him.

On Sat., Aug. 20, 2022, from inside Vivint Arena in Salt Lake City, Utah. UFC 278 will also feature the middleweight showdown between former 185-pound champion Luke Rockhold and ex-title challenger Paulo Costa. In the lightweight heavyweight division, Tyson Pedro will welcome Harry Hunsucker, who typically fights at heavyweight. Another fantastic fight in the works for UFC 278 is Jose Aldo vs. Merab Dvalishvili.