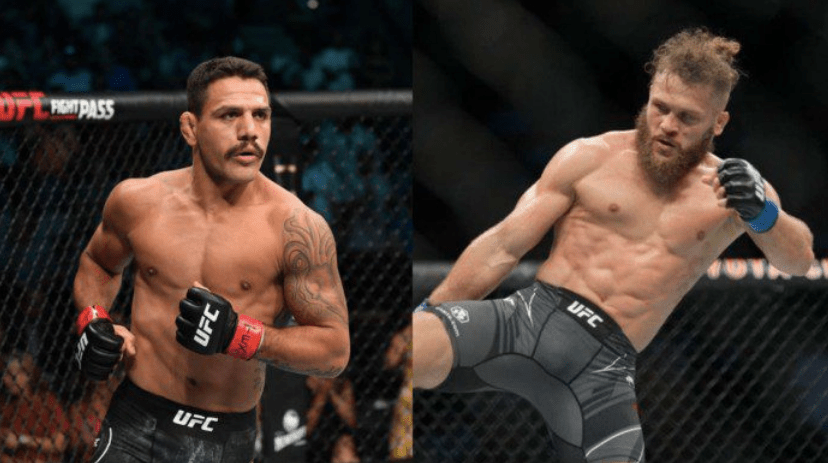 Former UFC lightweight champion Rafael Dos Anjos returns to action on July 9. to take on the hugely hyped Rafael Fiziev at UFC Vegas 58. A win here for Fiziev would project him into the top ten at 155 pounds, but you can never count Dos Anjos out. Let’s find out the latest UFC odds for Dos Anjos vs Fiziev with an early fight prediction.

Rafael Dos Anjos opened as a +210 underdog to Rafael Fiziev as a -275 favorite. That’s an implied win probability of 73.3% for Fiziev. The betting value however is with Dos Anjos, bet $100 to net $210 via our list of sports betting apps, before betting on UFC Vegas 58.

Predictions for Dos Anjos vs Fiziev

Fiziev seems to be the true dark horse of the division. He throws heavy shots and fights dangerously at times. He’s a 2/1 favorite on most online sportsbooks which is fair, but many are sleeping on Dos Anjos here as the underdog.

This will be a next-level test for “Ataman” against RDA. Dos Anjos has been in the game a long time and physically he is well past his prime. He does hold notable recent wins over Kevin Lee and Paul Felder with his only losses to the best of the UFC. RDA has good striking but is behind Fiziev, who will have a huge advantage on the feet.

RDA’s grappling could be key here, but honestly, unless the Brazilian plans to keep the whole fight on the ground I don’t see this being the key to victory over Fiziev. Dos Anjos averages 1.93 takedowns per 15 minutes, currently, Fiziev has a 95% takedown defense which he will need if Dos Anjos decides to grapple and take him down.

Fiziev traded bombs against Brad Riddell but I don’t see Dos Anjos standing and trading too much with Fiziev. When it comes to reach Fiziev will have a one-inch reach advantage over Dos Anjos. Fiziev also tends to have a much higher striking output, landing 5.35 significant strikes per minute compared to 3.49 for RDA.

Dos Anjos is now 37 years of age, with nothing else to prove in MMA. However, the hunger is still there and with his experience, he could well prove the oddsmakers wrong and score a big upset here over Fiziev.

A win here for Fiziev would project him over Dos Anjos’s #6 spot in the lightweight rankings. Who’s your money on? Comment below.