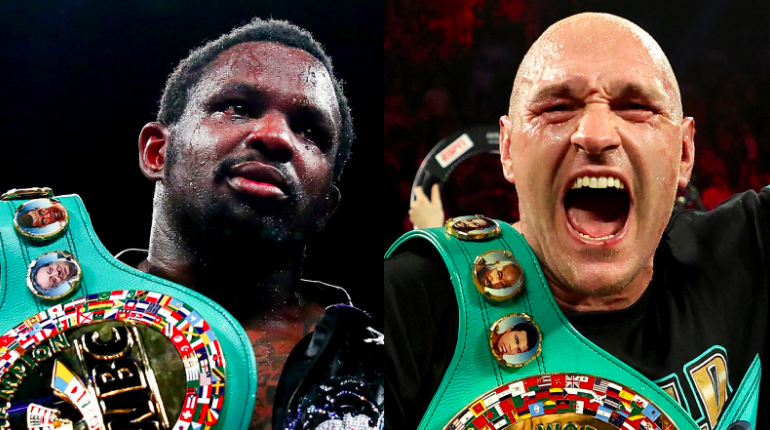 Tyson Fury will face Dillian Whyte on April 23 at Wembley Stadium in London, England. Whyte is the WBC mandatory challenger for Fury and had just fought Alexander Povetkin in early 2021 to regain his interim boxing championship. We review the latest Fury vs Whyte odds below for this upcoming blockbuster bout.

For the best odds head on over to our best online sportsbooks for boxing bets page. If you are looking for the latest prop bets and predictions. Check out our Fury vs Whyte predictions for the best bets come April 23.

Betting on Fury vs Whyte

This fight has been a long time in the making with both British boxers somehow managing to not face each other during their rise to the top. Whyte only has two losses on his record, one to AJ back in 2015 and then a shocking loss to Povetkin in August 2020. Whyte managed to avenge that loss earlier this year with a fourth-round TKO over the Russian.

Whyte is used to being the betting favorite throughout his boxing career, he was a 1/3 favorite against Povetkin in both bouts. It is safe to say his level of competition is similar to Fury’s. Some of Whyte’s notable wins include Oscars Rivas, Derek Chisora (Twice), and Joseph Parker. ‘The Body Snatcher’ Whyte will get the biggest chance of his life against Tyson Fury if this fight goes ahead.

Fury successfully defended his heavyweight world title with an 11th-round stoppage of Deontay Wilder in their trilogy fight in October. Thus winning the trilogy over Wilder and setting the long rivalry that stemmed from their first bout in 2018, which ended in a draw.

Our early analysis sees this fight playing out no other way than Fury outclassing Whyte. We saw Fury fight a sloppy fight in his last bout against Wilder, but that’s very out of character for the Lineal champion.

Once confirmed the fight is expected to take place in March 2022, at either Cardiff or Manchester. It will be Fury’s first fight back in England since he fought Sefer Seferi back in 2018.

Third Times a Charm for Whyte

This isn’t the first time Fury and Whyte have been mandatory challengers.

“Fury has been mandated to fight me twice. He asked for the WBC ‘Diamond’ belt to fight me, but ran away when they agreed. He just keeps making excuses,” said Whyte to SkySports.

“Hopefully now he’s got no choice. What’s he going to do? Throw the belt in the bin and run away from more money than he got to fight [Deontay] Wilder?

“Obviously he says he’s a fighting man and a man of his word, but we all know he talks a lot of s***, so let’s see.

“He said he was going to fight me after he beat Wilder, then he ran away. Let’s see what he does.”

With Fury having one fight left on his current deal with promoter Top Rank, Bob Arum and Eddie Hearn are expected to represent the fighters in negotiations.

Hearn, who does not have a contract with Whyte, expects purse bids to now be called, which would see offers from both Matchroom and Top Tank.

“He will just be thinking whoever puts up the most money, and if I am fighter in this scenario I would just be looking to see who puts the most money up for the fight.

“But I have no problem with Dillian fighting on another promoter’s show at all, and we will be with him promoting him and behind him but he wants to do it on a Matchroom show.

“And naturally for me this is a Wembley fight but there will be plenty of other offers from around the world too.”

For more developments as this fight get’s finalized, head on over to our boxing section for more odds and betting previews.