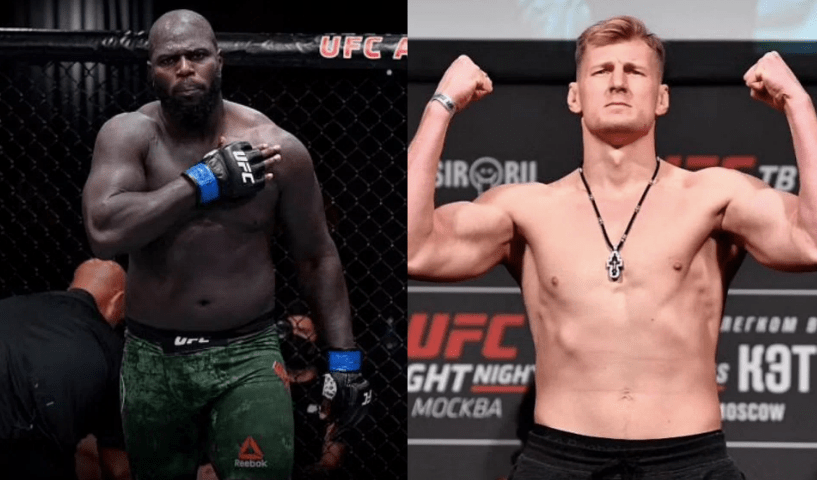 UFC odds are favoring Volkov -165 over Rozenstruik +135 a UFC Fight Night headliner.Alexander Volkov aims to bounce back after losing to Tom Aspinall in London earlier this year.In our prediction, we cover Rozenstruik winning by KO +200 and Volkov by decision +260.

On June 5th, two top heavyweights are set to collide inside the Octagon. #7 ranked Volkov will take on the always dangerous Jairzinho Rozenstruik who is ranked #8. This fight makes a tone of sense given their place in the heavyweight rankings. In this betting preview, will break down the odds and give our pick between Volkov vs Rozenstruik.

According to BetMGM Sportsbook, Alexander Volkov is a -165 betting favorite to defeat Jairzinho Rozenstruik. While Volkov is coming off a 1st round submission loss to Tom Aspinall he still has an implied win probability of 62.2%. Rozenstruik offers real value here as a +135 underdog you can bet $100 to net $135 on “Bigi Boy”.

The two main outcomes to bet on for this fight are Volkov by a decision which UFC odds listed as +260. (Bet $100, Net $260). Then the other likely outcome is Rozenstruik by KO, which is currently available at +200 depending on which UFC online sportsbook you use.

Prior to 2020, Jairzinho Rozenstruik was on a path of destruction at heavyweight. The former kickboxing champion had an undefeated record and was coming off an impressive comeback win over Alistair Overeem to challenge Francis Ngannou next. Against Francis, Rozenstruik didn’t have a chance to get going and was overwhelmed and finished by “The Predator” within 20 seconds of the 1st round.

Rozenstruik returned with a win over JDS, then lost to Ciryl Gane and Curtis Blaydes by decision with a KO win over Augusto Sakai in-between those losses. He isn’t the most technical striker and suffers from grappling and wrestling issues, which we will most likely see Alexander Volkov test his opponents with. Volkov opened as the betting favorite over Aspinall in his last bout, but the odds soon flipped in favor of the Aspinall who was fighting on home turf.

Volkov has a solid chin, but it has been tested over the years and Derrick Lewis got a late KO to win over the Russian at UFC 229. Volkov will have to be on his a-game throughout the fight, with Rozenstruik hunting for his 13th KO win out of 15 MMA fights.

Given the fact that the odds are similar for Volkov by decision as they are for Rozenstruik by KO. I see Volkov having the better odds of winning by keeping this fight at range and using his reach to chip away with significant volume over Rozenstruik to score a decisive victory.